2016 saw a lot of firsts for me. One and a half month ago, I slipped and fell outside my bathroom and an X-ray scan revealed a hairline fracture on my forth metatarsal bone. Placed in a temporary cast and crutches, I spent two weeks hobbling around with two extra legs while training my biceps. My second appointment saw me removing the cast and being placed in a walking boot. Immediately after, I booked a flight and got out of the country.

Slugging on my backpack with my walking boot stashed within my clothes, I arrived in Krabi shortly later. In Krabi, I often walked around without my cast – imagine the horror on my doctor’s face when I returned and told him about the adventure with my broken foot.

This day, I met a Californian girl who had just arrived in the hostel and was sleeping in the bed next to mine. She had such a bubbly personality and we hit it off immediately. That night, we spent the night dancing away in the club as she sneaked some free shots for me from the pub crawl I didn’t sign up for.

The next day, we hung out again and I introduced her to Railay beach. This time round, we had two new friends from Czech Republic who were joining. 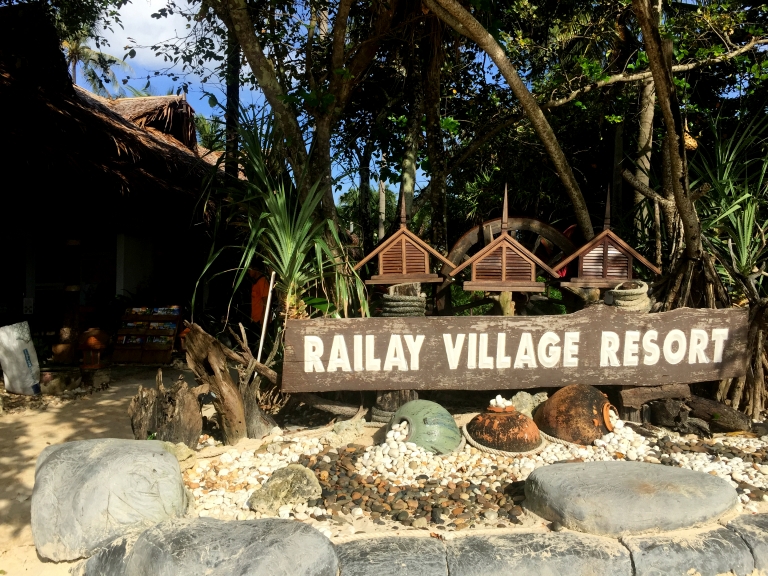 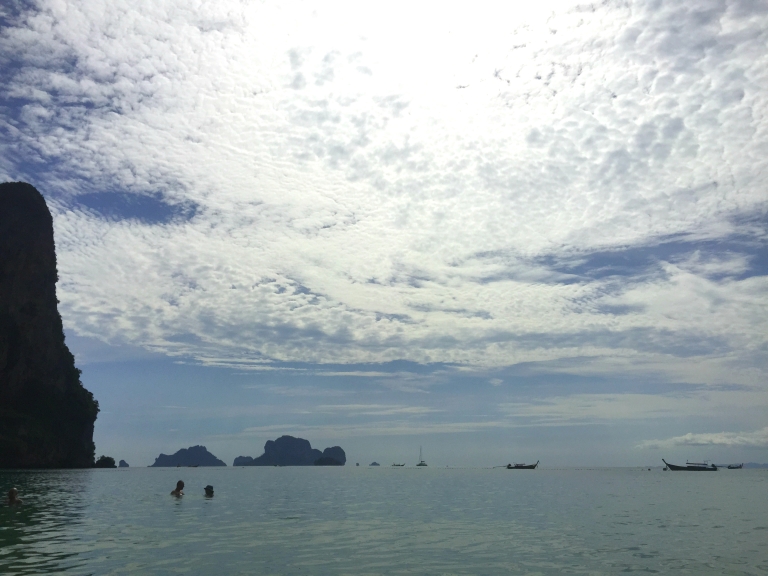 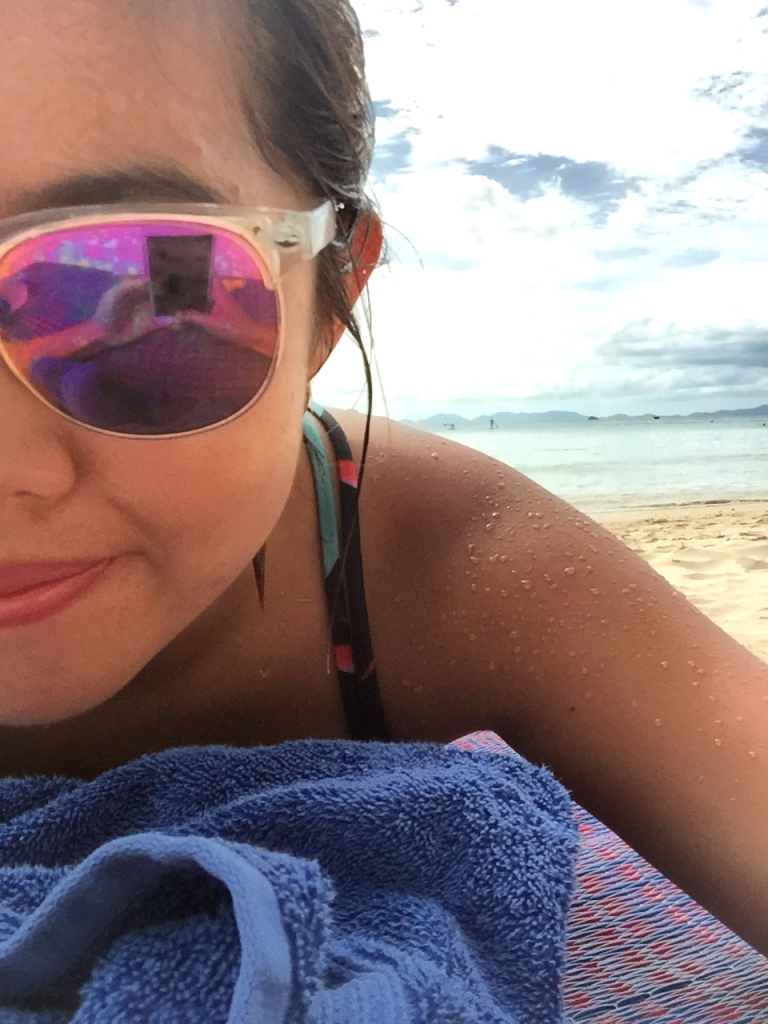 As it was my third time at Railay, my goal this time was to explore the other side of the island to Phra Nang beach. Without much consideration and not knowing what to expect, we set foot with our slippers and armed ourselves with cameras.

Halfway through, we lost our way and had to make U-turn several times. There were other times we either went into some caves or walked into the living areas of the locals and it took us almost 2 hours before we got to where we wanted to be at.

What a sight that greeted us. L immediately jumped into the water to swim as it was low tide at Railay that day.

Right at the beach, there were some limestone rocks and caves and we started climbing to explore them. It was tough as my right foot had began swelling from the excessive walking that day. 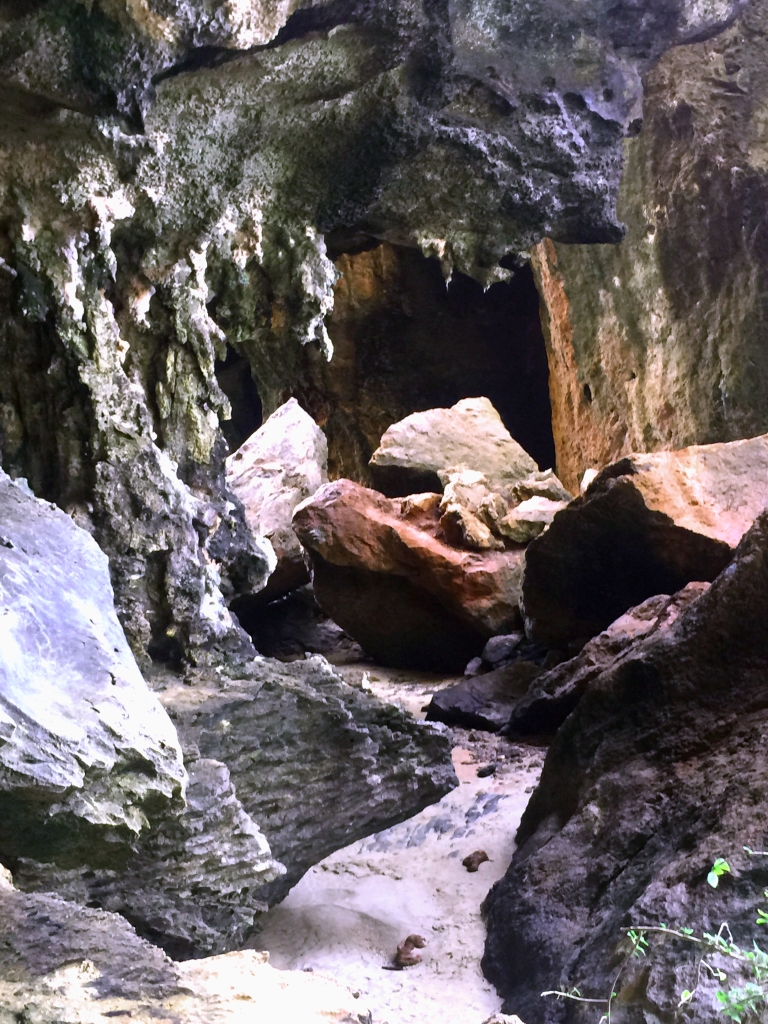 Thankfully, L was there to support and help with the difficult paths. 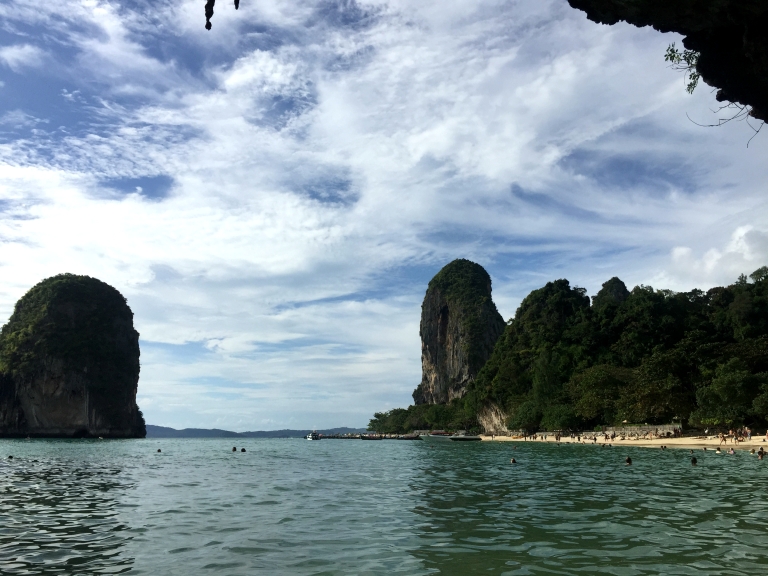 Phra Nang beach was such a beauty and I wish I had discovered this gem earlier! There were lots of people but it’s easy to understand with all that it has got to offer.

At this point of time, we were famished after all the “workout” we got and made a shortcut to return for a bowl of comforting noodles before reuniting with the rest. 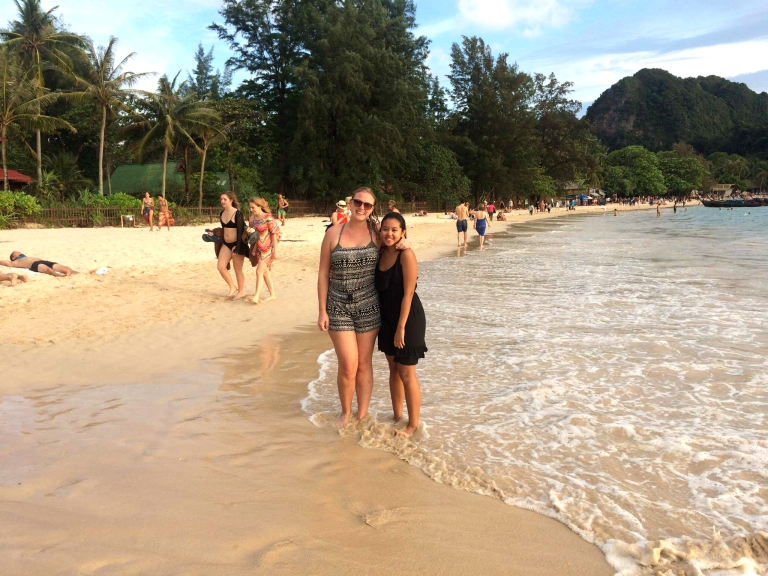 An amazing sunset as I bade farewell and exited Railay beach for the last time.

This marks the end of my documentary for Krabi. It was a spontaneous trip but I got so much more in return despite a problematic foot. Tonsai, Railay, and Phra Nang each has its own strengths and created lasting memories for me. I know that I can always be assured to get clean and white, sandy beaches in Thailand. The locals, too, are always so warm and hospitable and the travellers I bump into remains so inspiring.

Thank you for this amazing trip. This chapter closes for now.