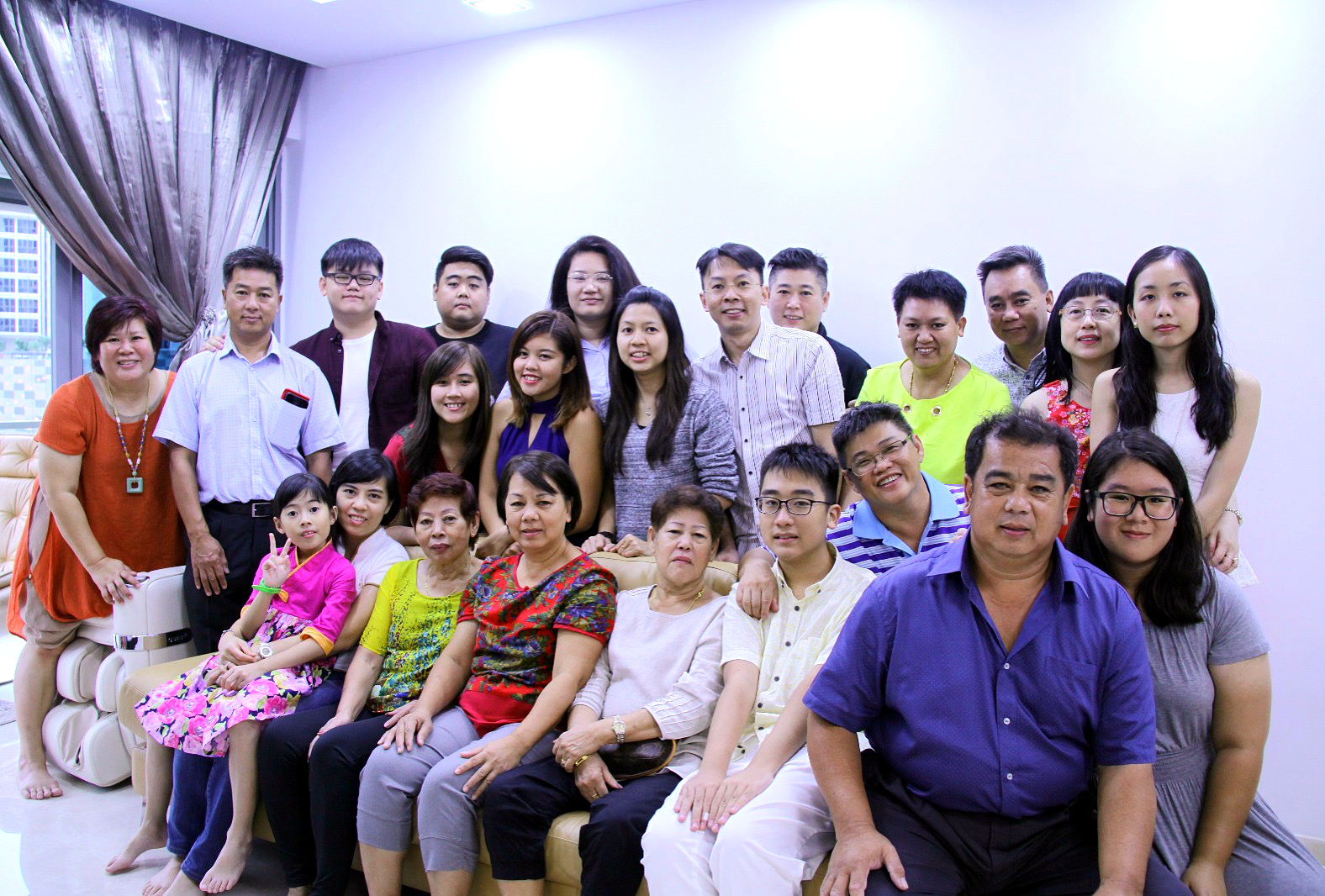 Gong Xi Fa Cai! It’s the ninth day of Chinese New Year as I’m typing out this post. While there is nothing related to travel, I thought this post would allow some readers out there who are non-Chinese to take a peep into the most celebrated festival in Singapore.

Chinese New Year is the most meaningful festival for me. It’s the time of the year when every single one of the family put down the tasks they have on hand and come together to spend quality time together. And we’re not talking about nuclear family members, we’re talking about extended family – that’s easily over 20 people.

Immediately after Christmas, malls would change it up and start playing Chinese New Year songs. Supermarkets start filling up with people grabbing food items and markets operate late into the night. Families also start spring cleaning, ensuring every peck of dust is out of the way to bid goodbye to the old year and usher a new beginning.

Celebrations would have started way before the official start of Chinese New Year; my friends and I would make it a point to huddle over hotpot as we talk about recent developments taking place in our lives.

For Singaporeans/ Malaysians, there is one unique tradition that we would do – Yusheng 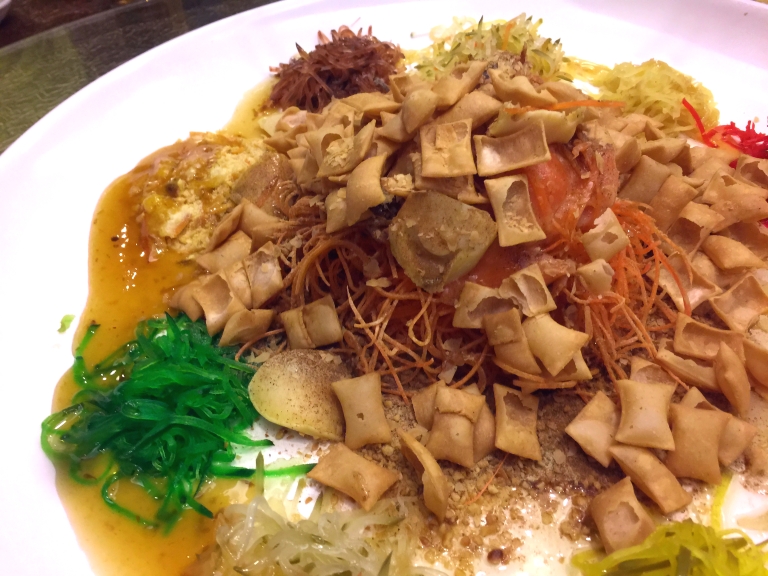 Otherwise known as lo-hei or Prosperity Toss, this dish is essentially a raw fish salad consisting of shredded vegetables, raw fish and a variety of sauces and condiments. Prosperous sayings are thrown in as each ingredient is added into the dish.

Thereafter, we proceed to toss it! You’ll have to lift your chopsticks high up to toss the ingredients and shout auspicious wishes. It’s really hard not to get a messy table after all that tossing really.

This is the most important dinner as family members gather around to feast over hotpot or some specially whipped dishes. There is also a tradition of children staying awake (Shou sui) throughout the night as it is believed that such a move will increase the longevity of their parents.

Back at home, my mother will offer prayers to the deities and ensure that all lights are switched on in order to attract the attention of the Prosperity God 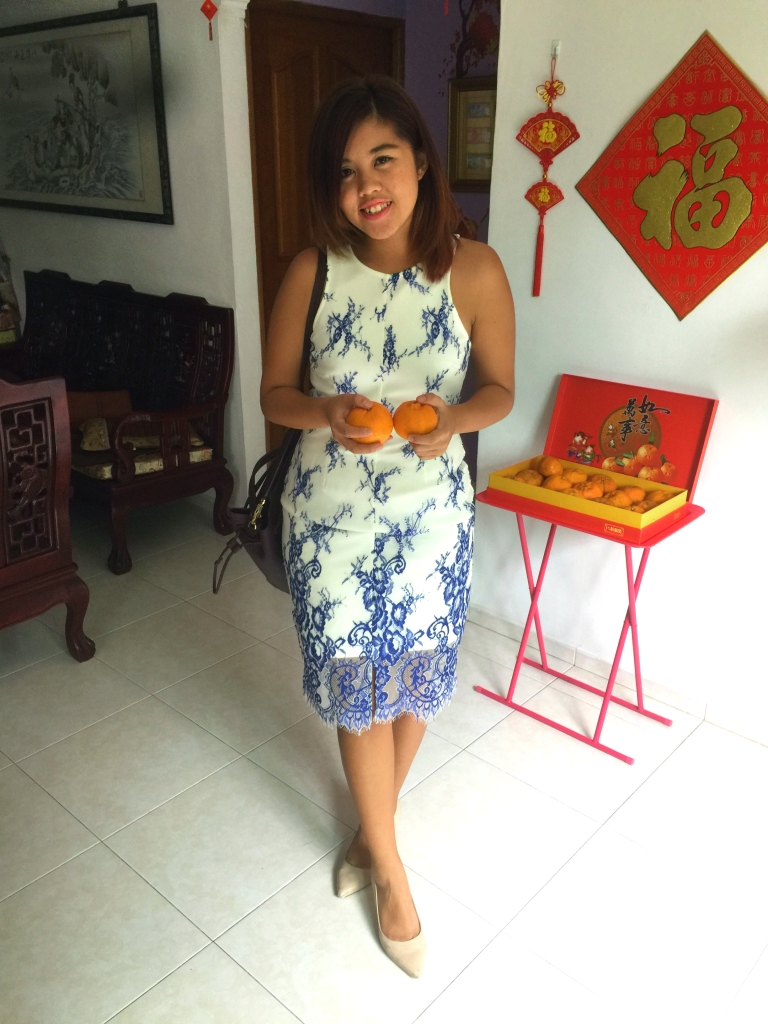 Dressed in new clothes, children are expected to greet their parents and elders with two mandarin oranges and well wishes are offered. In exchange, elders will present a red packet, or angbao, (red envelope with money) and similarly wish them well for the year ahead.

In fact, only those who are single are able to receive these red packets, anyone who is/ has been married will need to give angbaos to those who are not.

Visiting starts thereafter. Day one is to honour the eldest of our extended families as we pay respects and exchange prosperous wishes.

But mostly, we sit around to eat Chinese New Year goodies and watch tv or gamble! 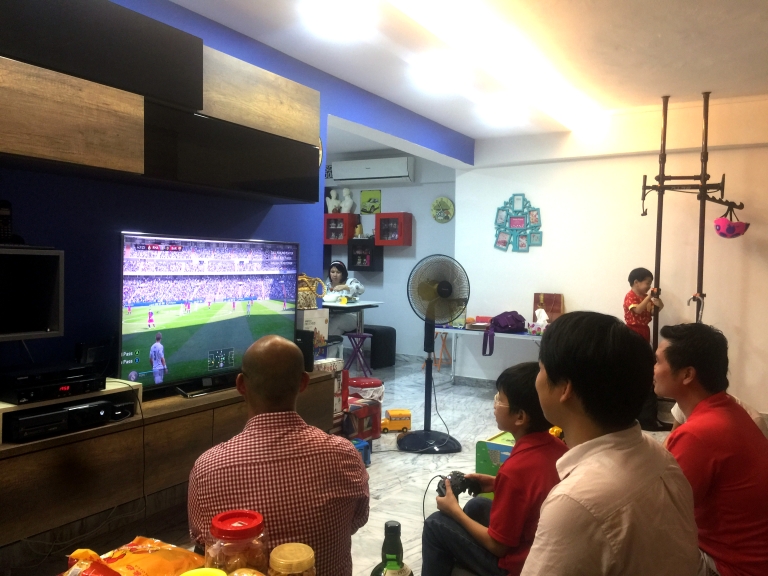 Or take lots of photos since we only meet once a year.

This year, fifteen of our family members caught a Chinese New Year film together after our visiting!

This is the day when married daughters return to their birth family to offer well wishes and show their appreciation.

For our family, it always starts early in the morning around 1030am as we gather at our eldest uncle’s place. Feasting would have started as early as 11 as we stuff ourselves silly with more food over a good joke or commenting over which of us have put on weight. 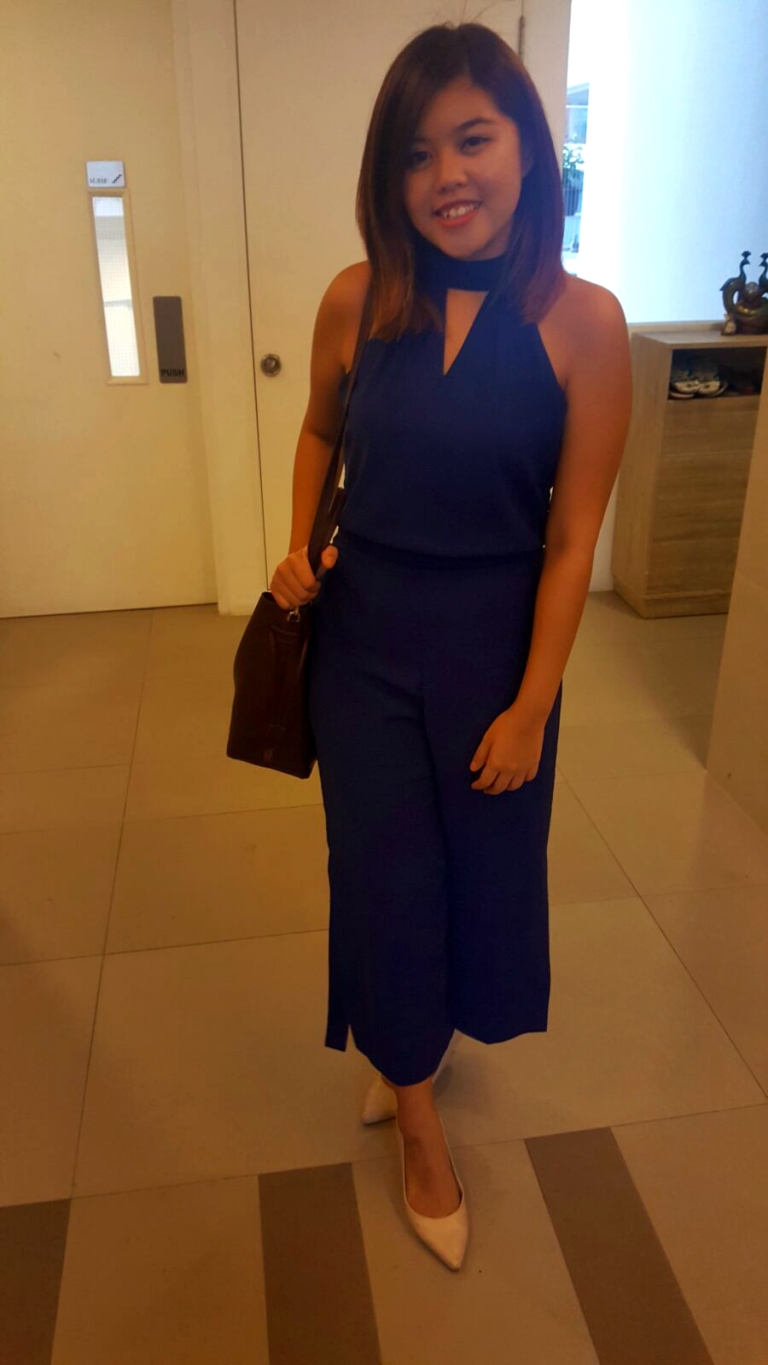 And we move on to the second house in the early afternoon where our grandaunt would have whipped up lots of food the night before.

This may not look the most appetizing, but it’s really good. It’s called braised meat. Pork, eggs and tofu would be cooked and braised for at least 6 hours to absorb all the goodness! 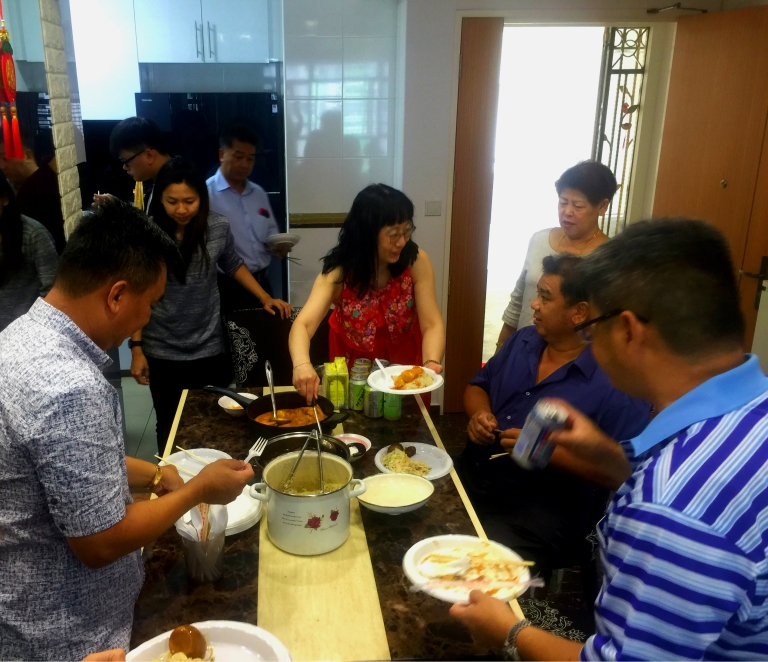 At night, my second eldest uncle would treat us to a good Chinese dinner at a fancy restaurant as we continue catching up.

And that’s all I have for you! The celebrations are still on-going but it has not been as intense as the first two days. I’ve eaten way too much and it’s back to more exercises when this officially ends!

As the new year arrives, I wish for health and happiness for everyone of you out there. For myself, I hope to see more growth mentally and physically as I embrace each challenge with hope, strength and optimism.

Here’s to a good Rooster year ahead!