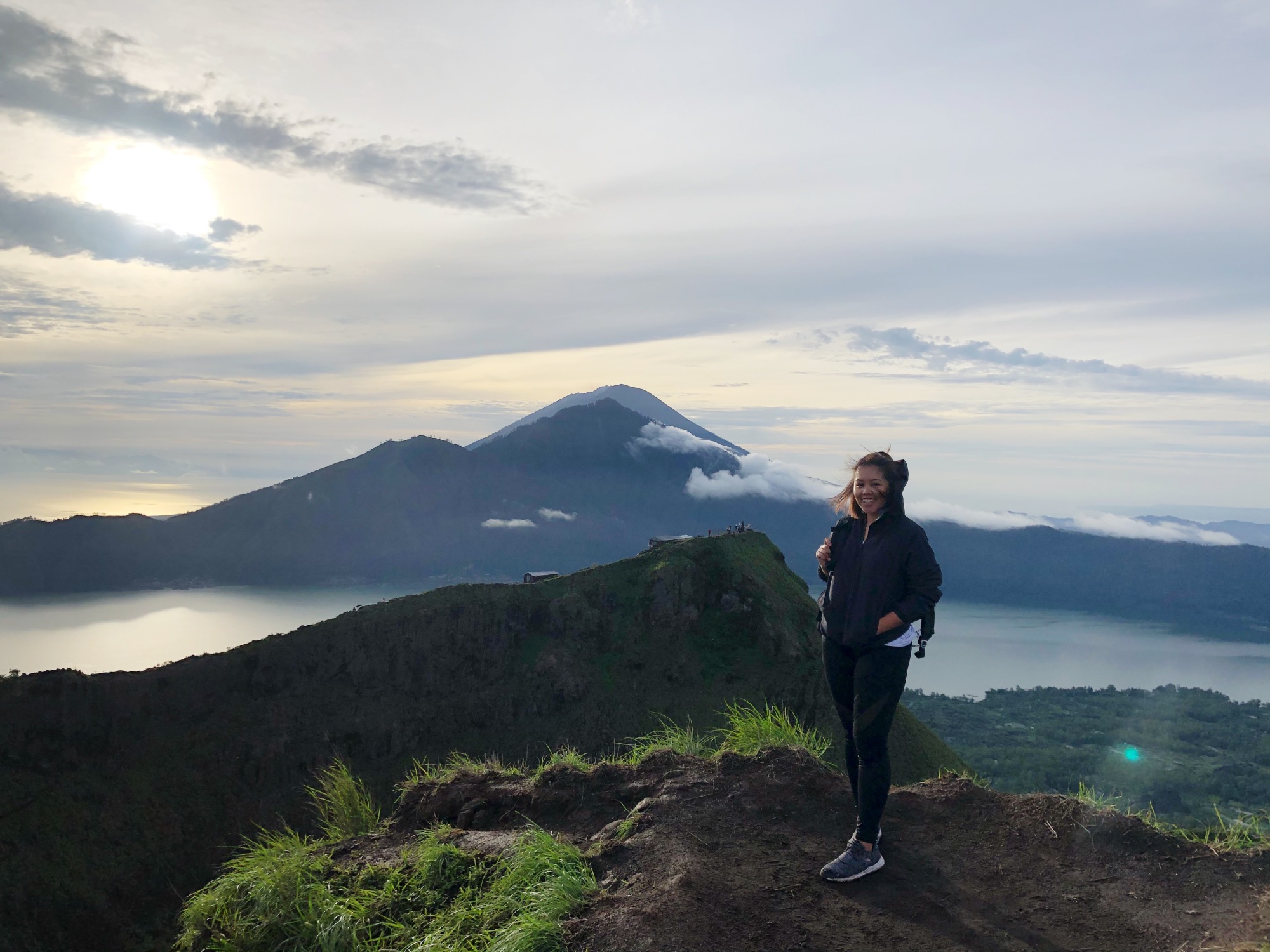 The receptionist asked, “Do you need a wake-up call?”

The pick-up was at 1am. Bedtime the night before: 10pm. Courting death, indeed.

I even woke up before the alarm went off – my brain was too excited and I was worried I would oversleep if I went back to bed.

The next pick-up was a couple staying in Seminyak, and they were SO.LATE. We waited 30 mins for them, only to see them taking a slow stroll and boarding the van. They even had the nerve to ask, “So where are we going next?”. Great, such company I was getting. The lack of punctuality and shame already says a lot.

“We’re so fucked,” I thought. “They’d better not slow us down later.”

The driver had to arrange a pick-up for the last couple. At 315am, we were dropped off for a quick breakfast consisting of banana pancake and hot coffee/tea. Thereafter, it was another 10-mins drive in the pitch black darkness to the base of Mount Batur.

There are a number of routes. The first part to mid-summit was relatively manageable. But even at this point, the first couple was seriously lagging behind…

The guide decided to inform the couple to take a motorbike, and subtly hinted that we were not gonna make it if they came along, so the girl went ahead with it.

The second part of the hike was split into two parts: 35-mins, followed by a 25-min trek.

It was tough. The way up was so much steeper. My calves, which I thought had been trained by the consecutive Muay Thai classes I was taking everyday, were so tired and aching terribly.

Thankfully, I had some support from the guide and the group that I was with, and they helped me out along the way.

And finally, we were at the peak. Here’s all of 1,717 metres above sea level: 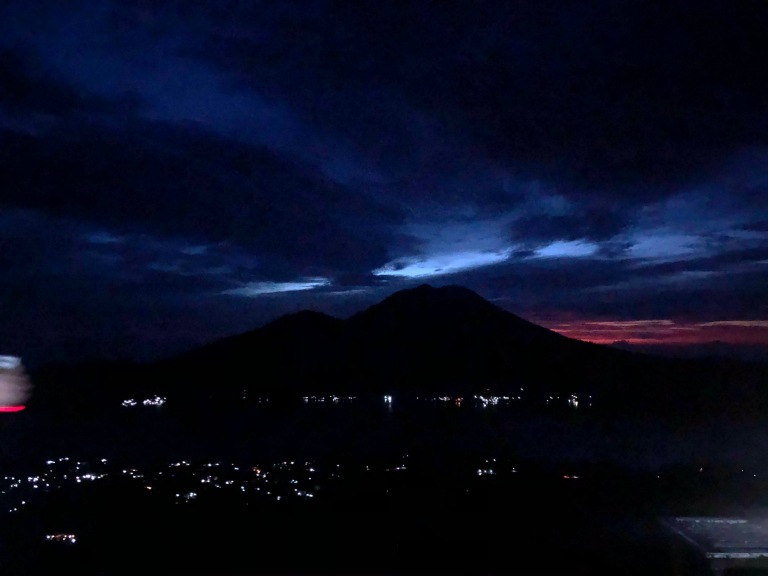 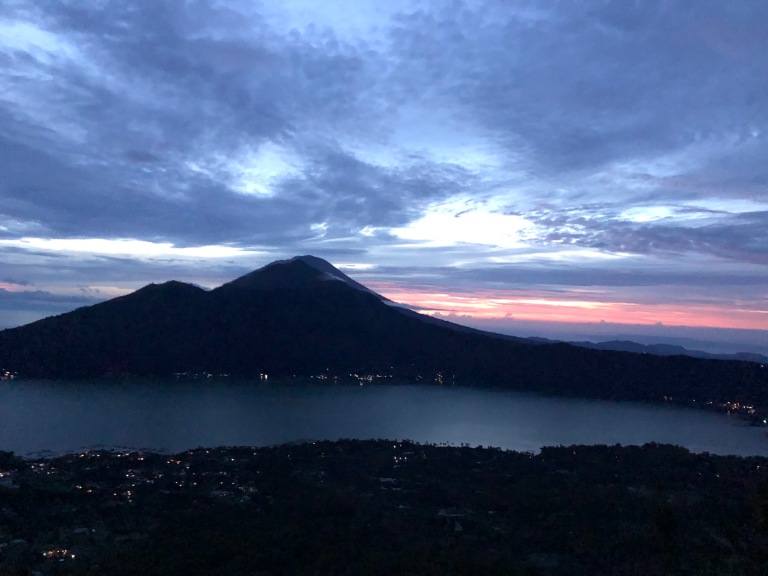 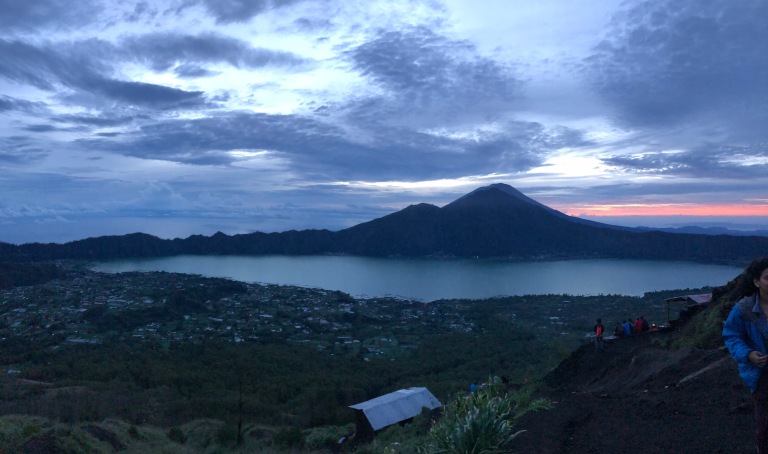 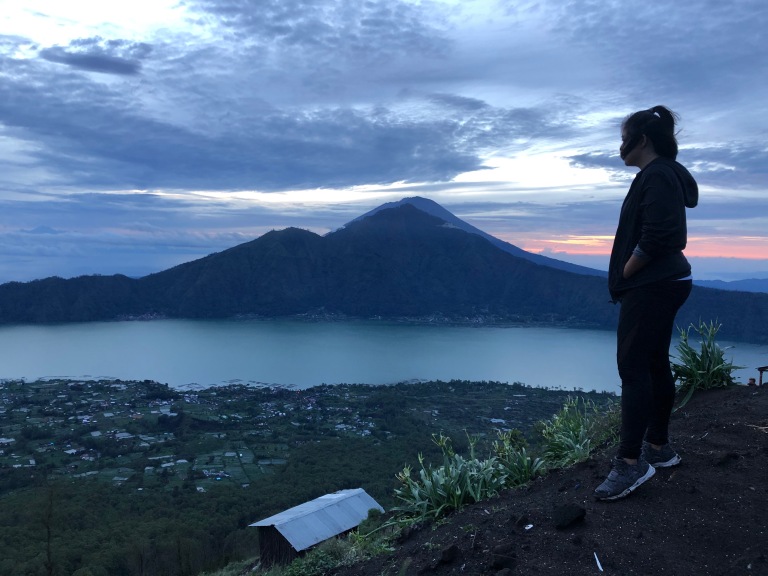 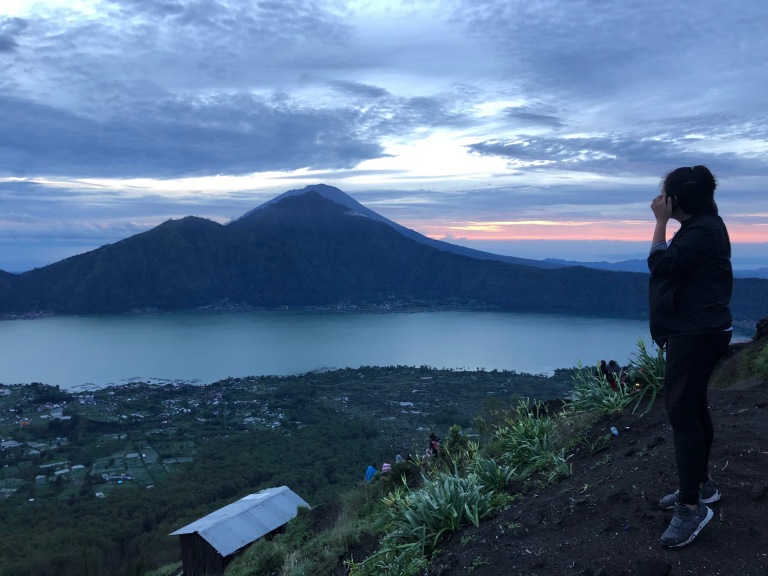 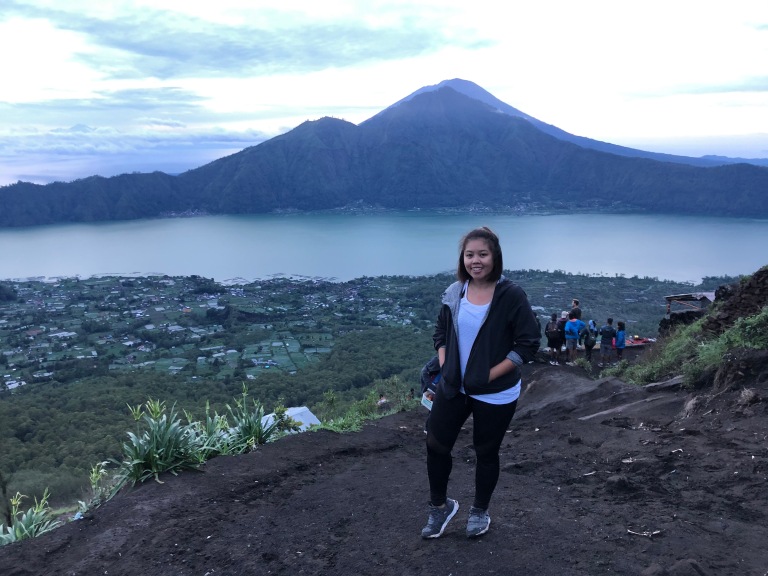 I told myself that day, “For as much as my legs can take me, I’ll go.” 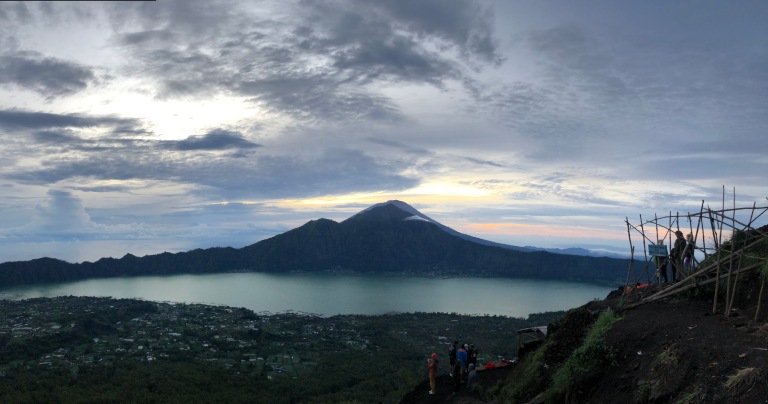 The guide also encouraged us to take another 5 min hike, promising us the “most beautiful panoramic spot ever”. 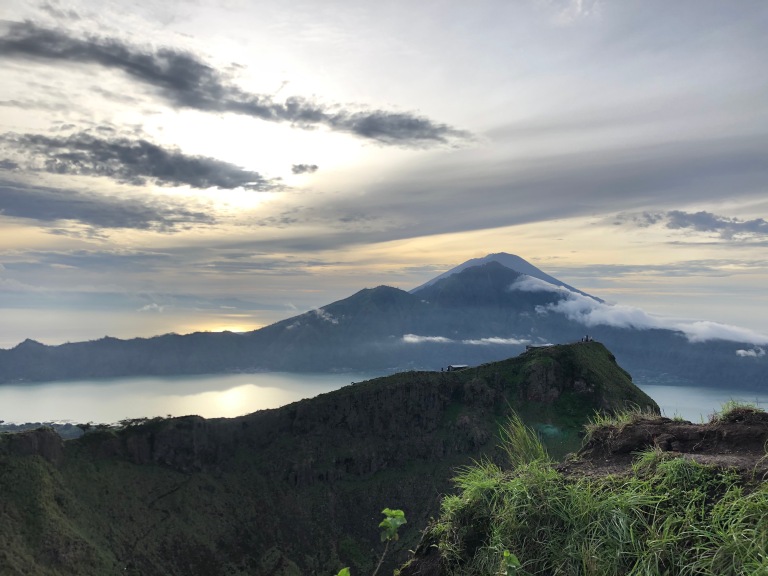 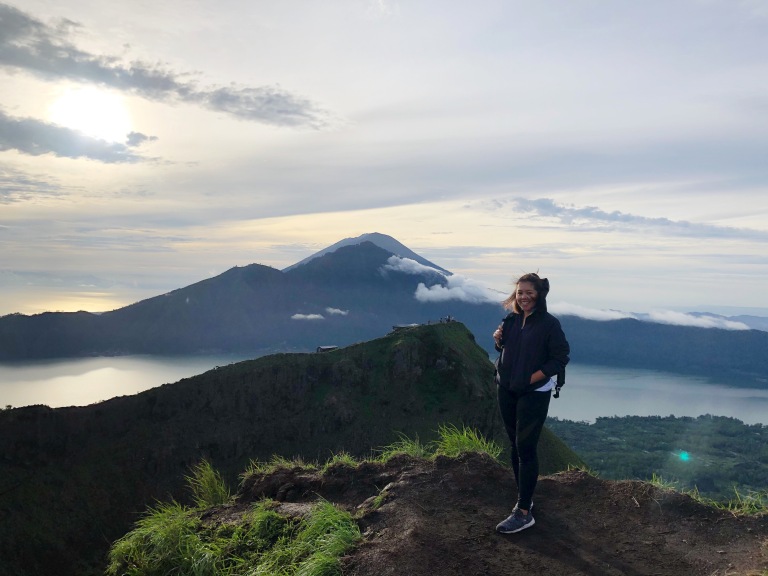 Also took the dopest photo cause he saw it before on Facebook and wanted to recreate it. 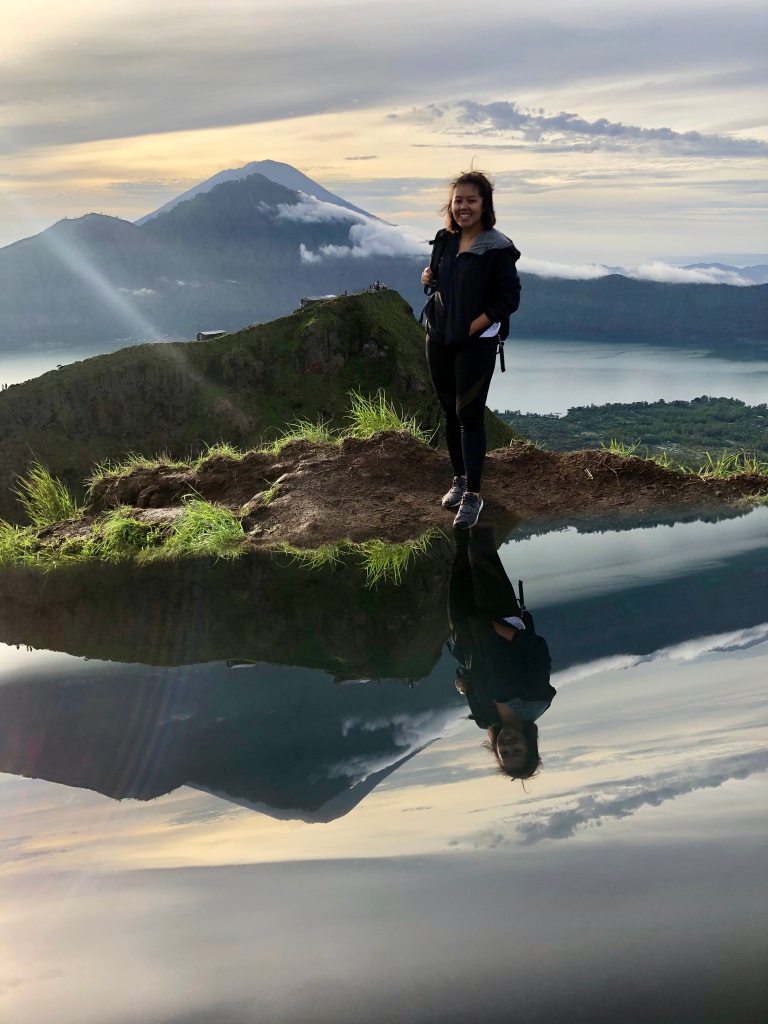 The way down was super slippery and didn’t help that my shoes were about to give way. Lesson learned: always bring proper hiking/sports shoes!

Eventually got back to the hotel around 1030 and took a shower before getting lunch, massage and spending the day at Vue Beach club.

Love, love, love this spot! Got a day bed with drink and snack included with Klook for only SGD14! Plus, it’s not noisy or packed with people and offers this view: 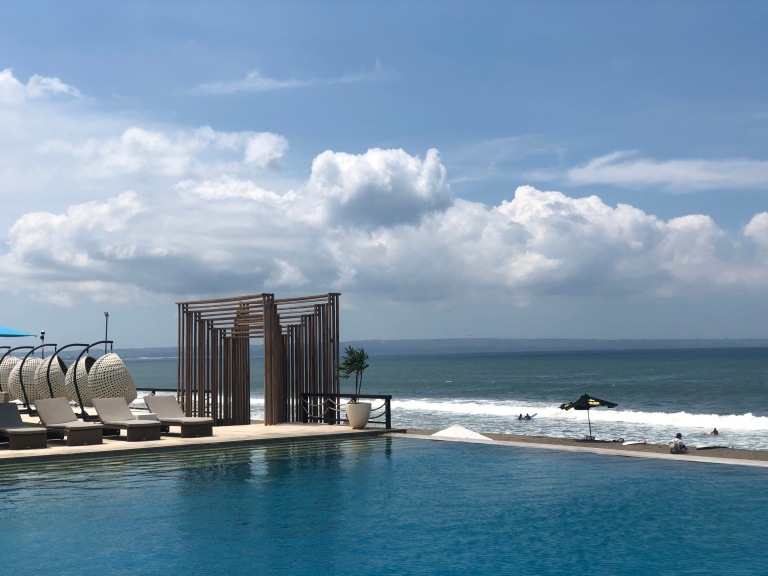 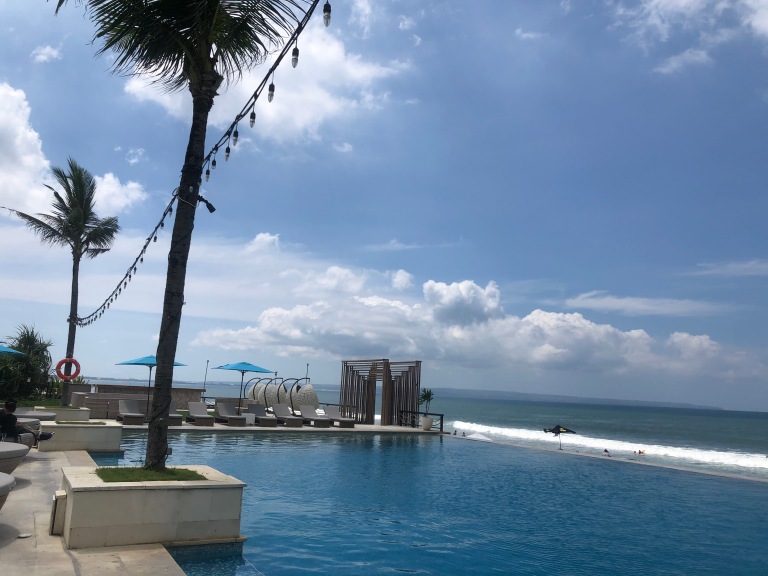 Also stayed for the sunset that day! 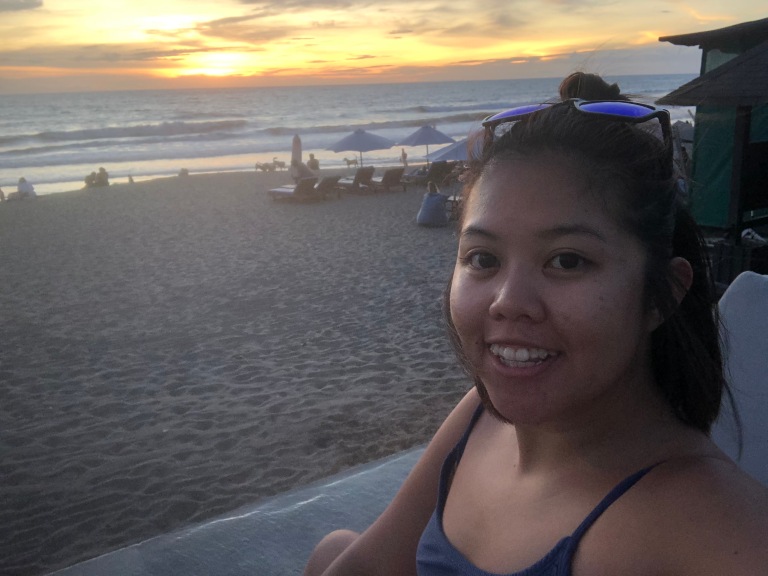 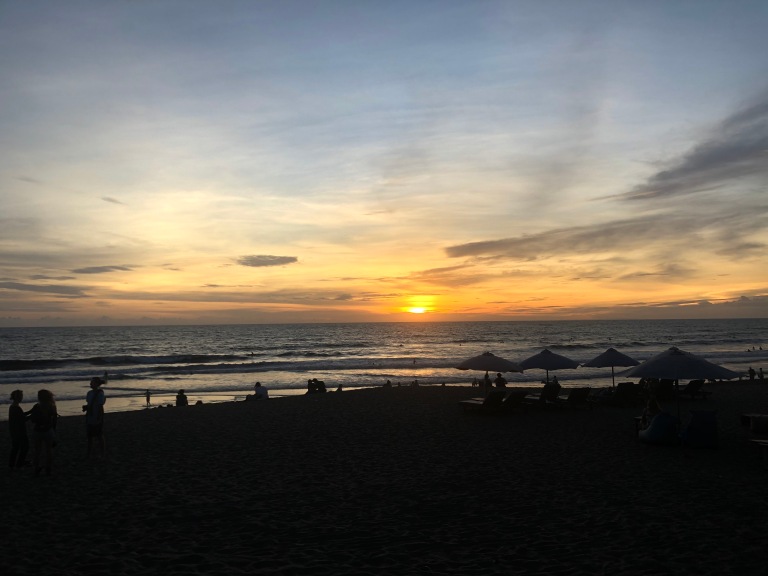 For more crazy stories of my hiking adventures, check out: